The etymology of Pouzauges tells us what it will be like: “the hill where one sees” has always been a strategic place of observation. No wonder there is an old medieval fort, steep streets and old Romanesque churches.

The tower is one of the oldest stone Keeps in the west of France, it is also one of the most complete. From the height of its 25 meters, the Keep clearly overlooks the high Vendée grove.

Guided tours of the Keep throughout July and August. On Thursdays in July and August, you can enjoy nocturnal discovery of the picturesque medieval city by torchlight.

Our Lady of Old Pouzauges

It is not about its Romanesque architecture, nor its 99 funerary slabs used in paving, nor the liturgical sink.

The church would have remained anonymous had it not been for the discovery in 1948 of murals dating from the 12th and 13th centuries. Very well preserved under the plaster, they kept their bright colours and tell episodes of the Old Testament.

The green wire is a line drawn on the ground in the streets of Pouzauges. Like a guide, this line takes you through streets, in narrow alleyways, at the foot of historical monuments and in the footsteps of famous people of the city.

You can view the plan of the trailon Calaméo 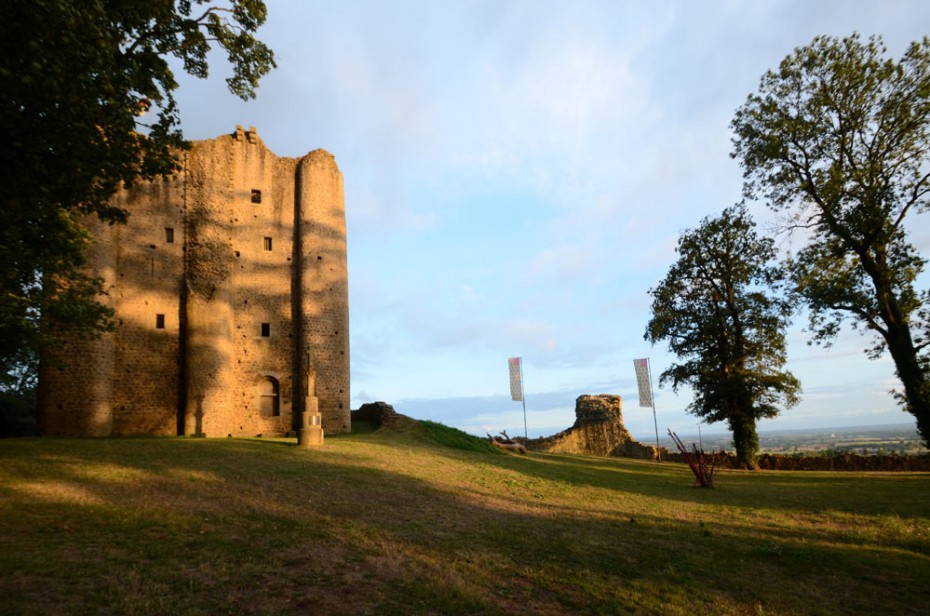 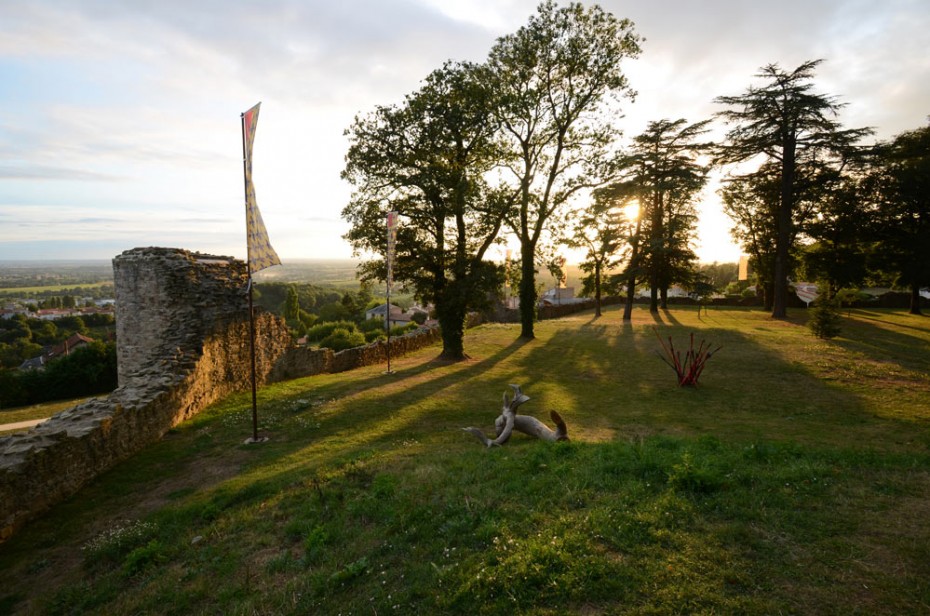 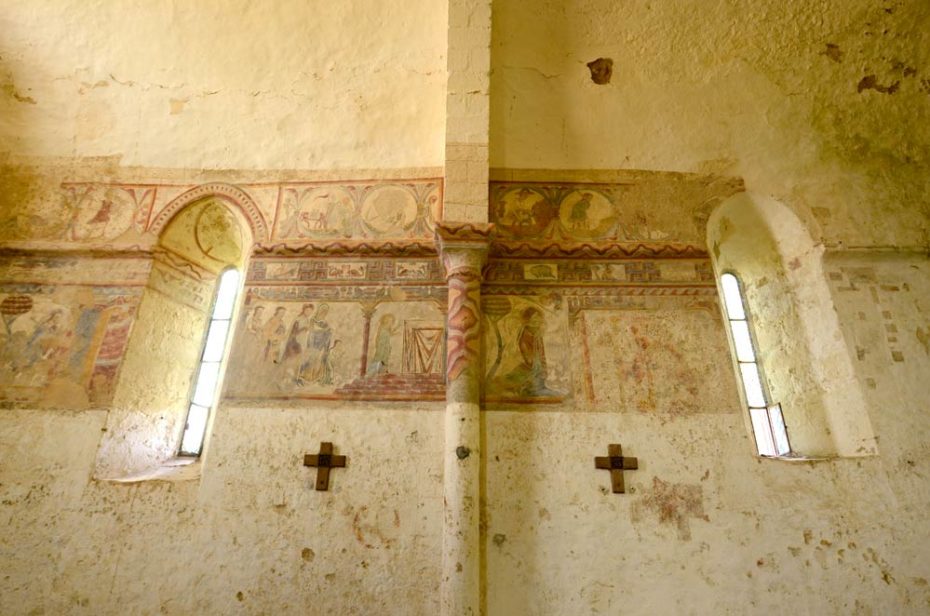 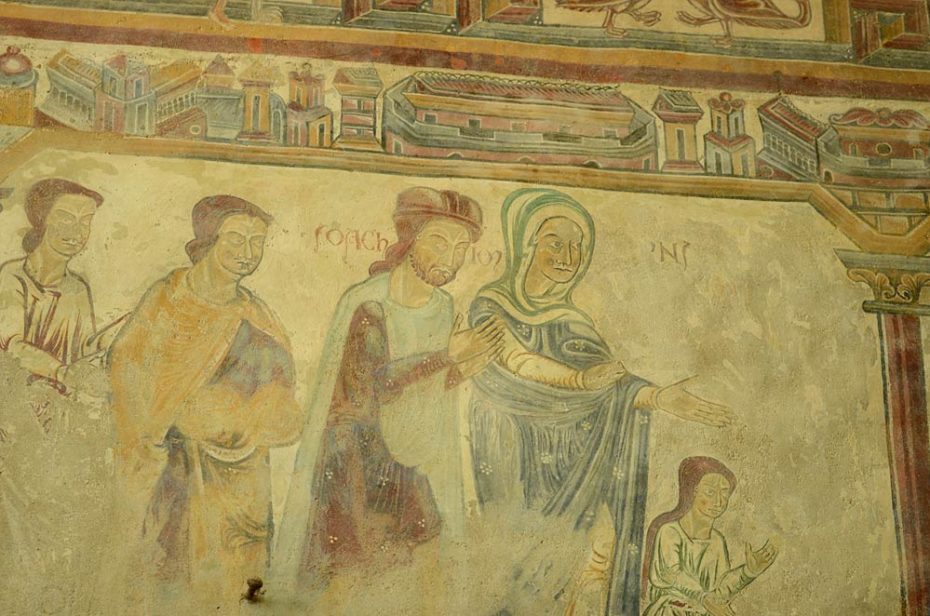 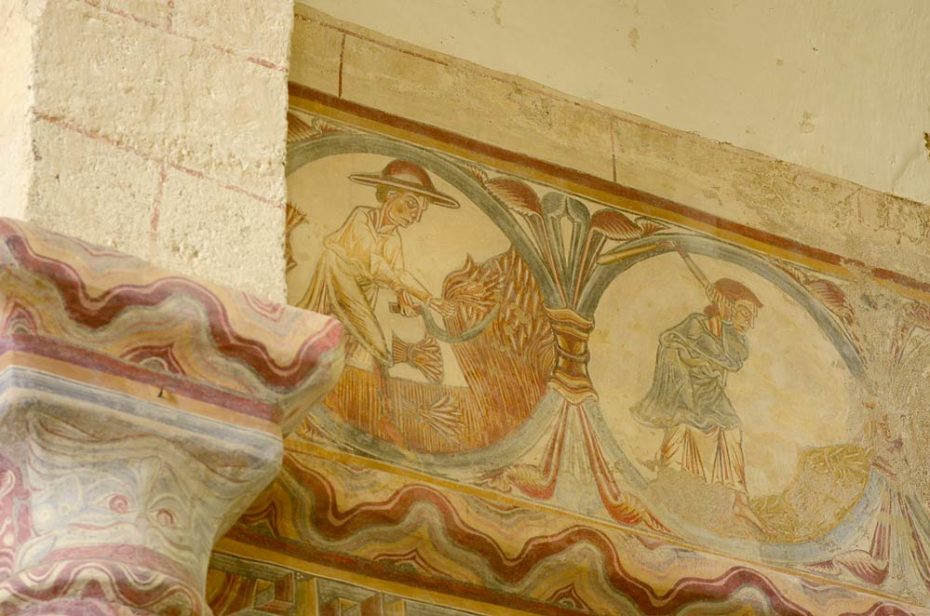 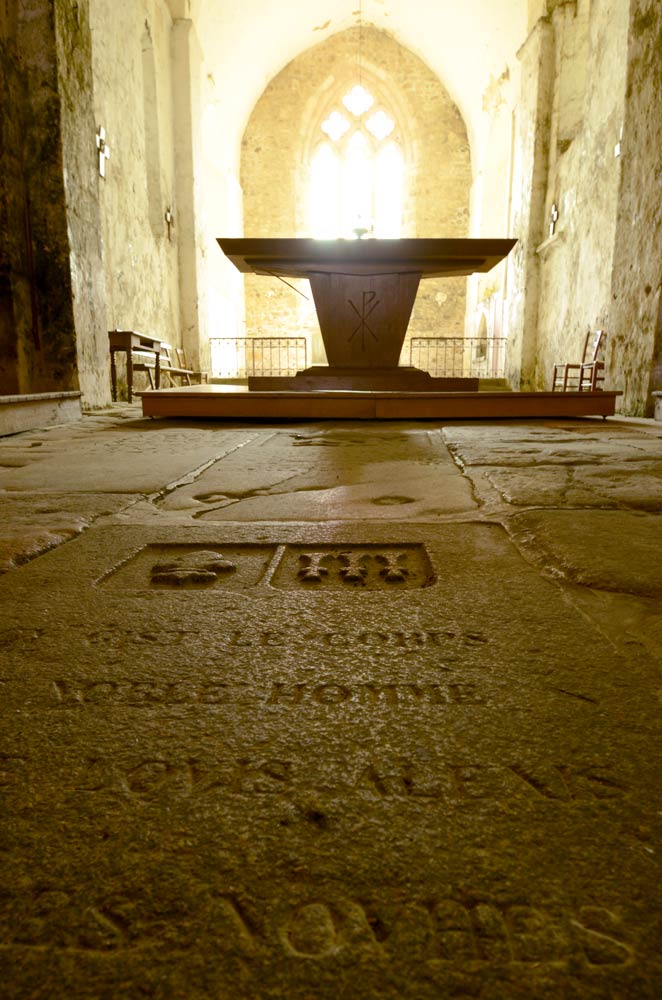 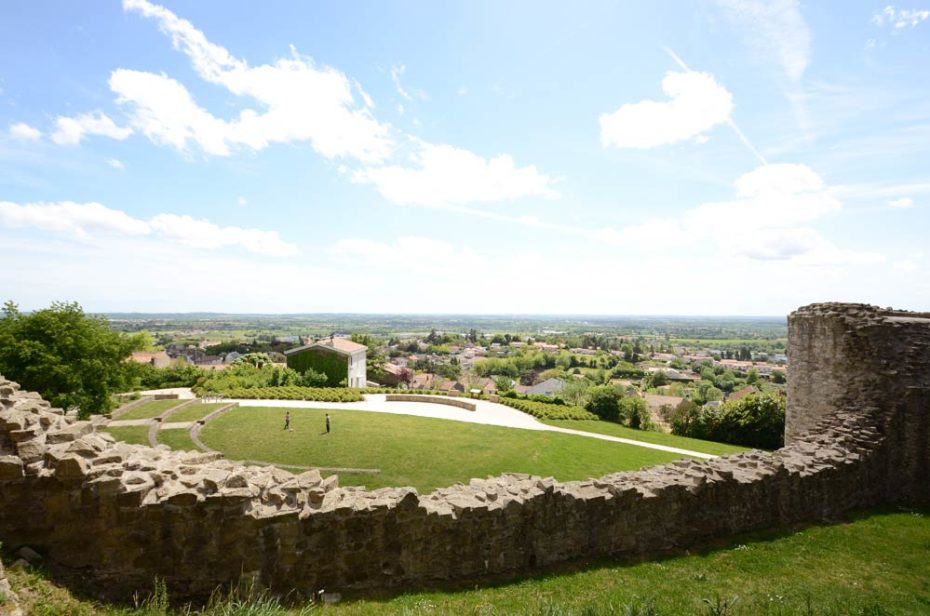 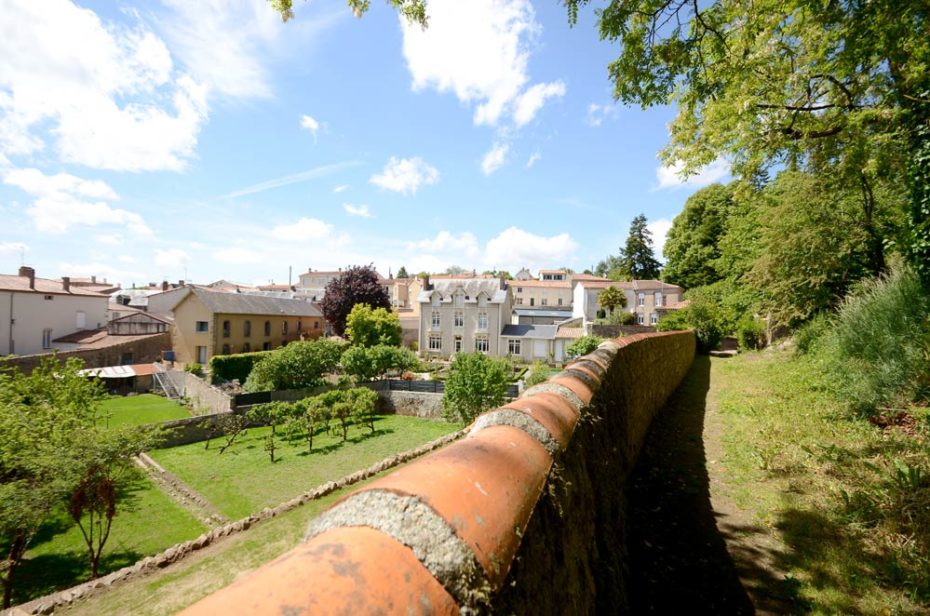 Vouvant, one of the most beautiful villages in France

Vouvant, medieval city of character, is known for its architectural, artistic, legendary heritage and for its vast national forest. The village is home to a large community of British, artists and craft stores, which comes alive as soon as the weather warms.

Vouvant was born from the legend of the fairy Melusine, who would have by magic, created in a night a castle in the village. Of this castle, all that remains today is Mélusine tower: keep of the old fort of XIIIc, it is classified historical monument.

The Church of Notre Dame

It is without question one of the most beautiful Romanesque monuments of Vendée. The northern portal is quite exceptional: the lower part is Romanesque, the gable is gothic. Above the doors, the carved decoration is a proliferation of symbols, real animals, imaginary beasts and half-biblical half-pagan figures.

A marvel, and the presenters of Secrets of History will not say the opposite! 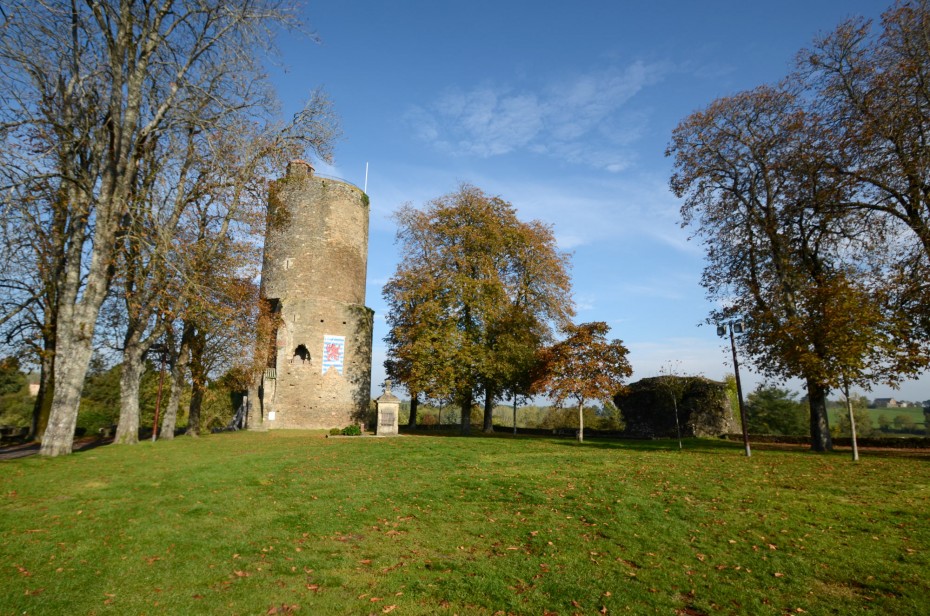 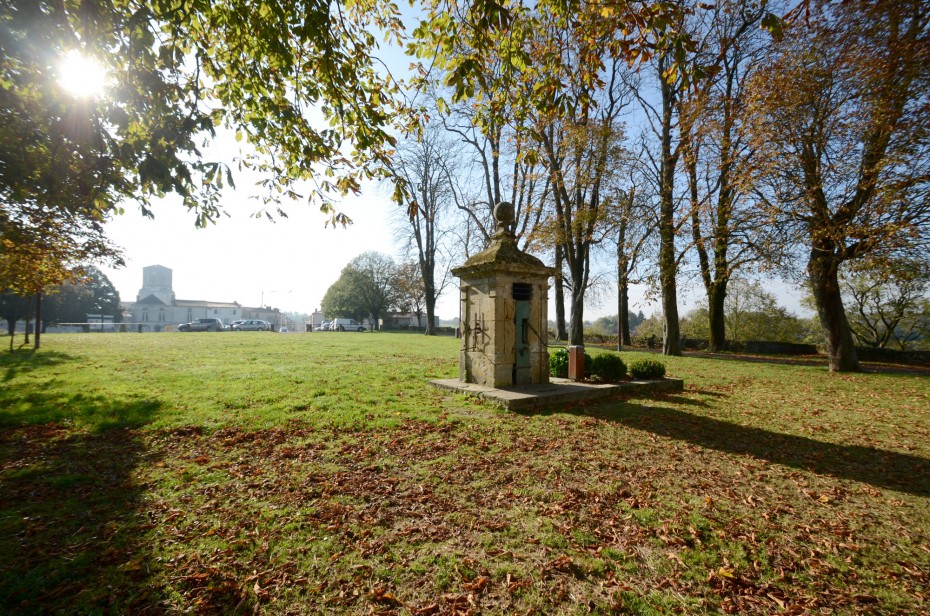 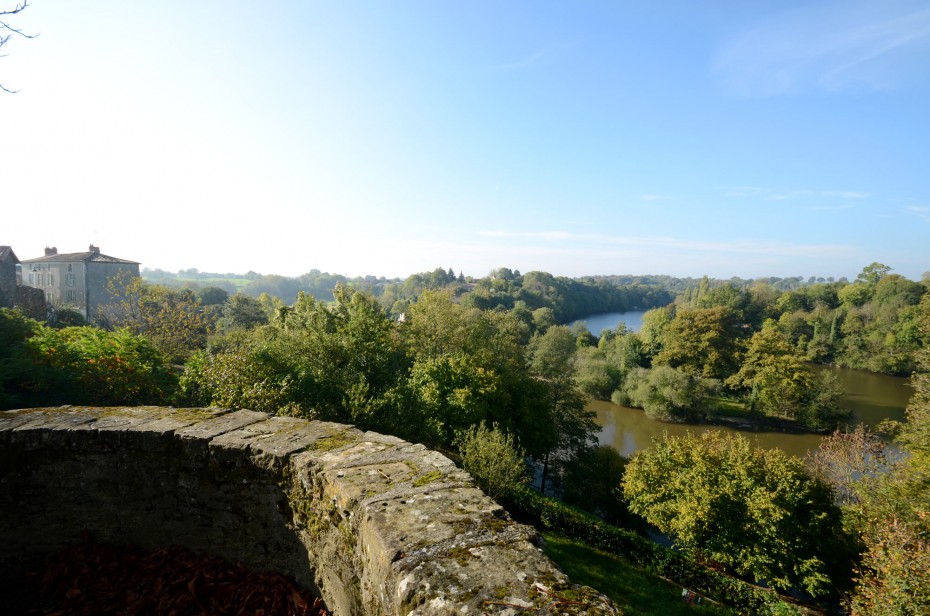 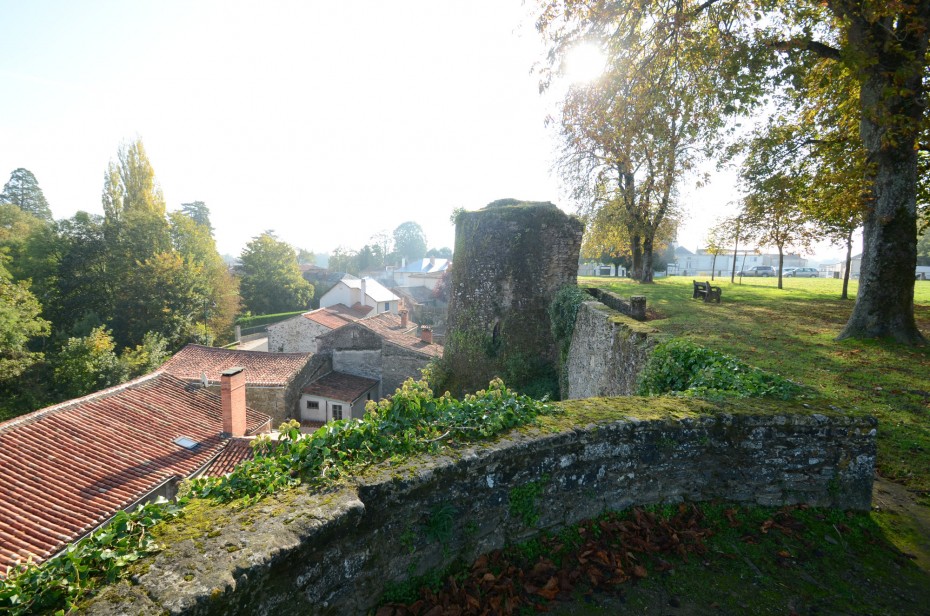 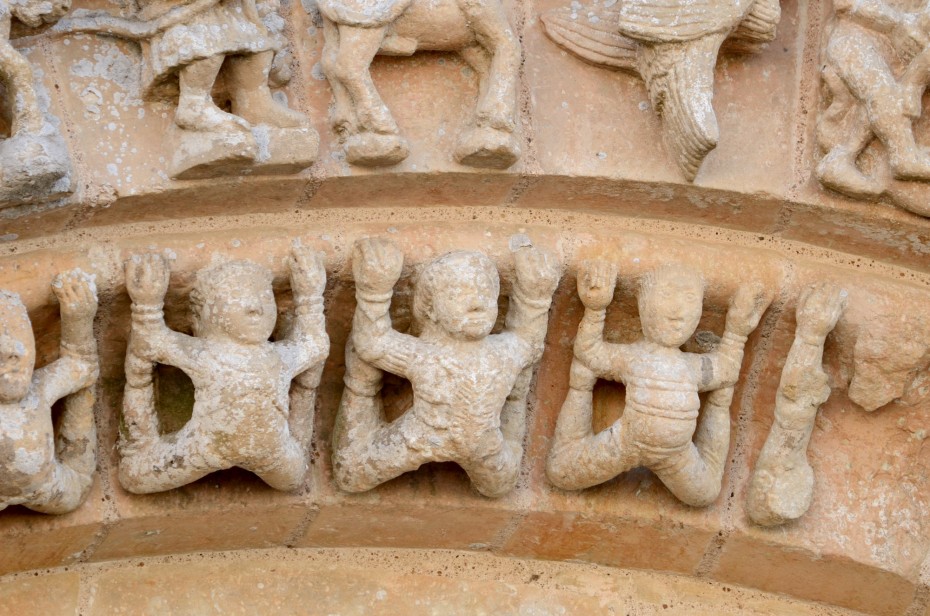 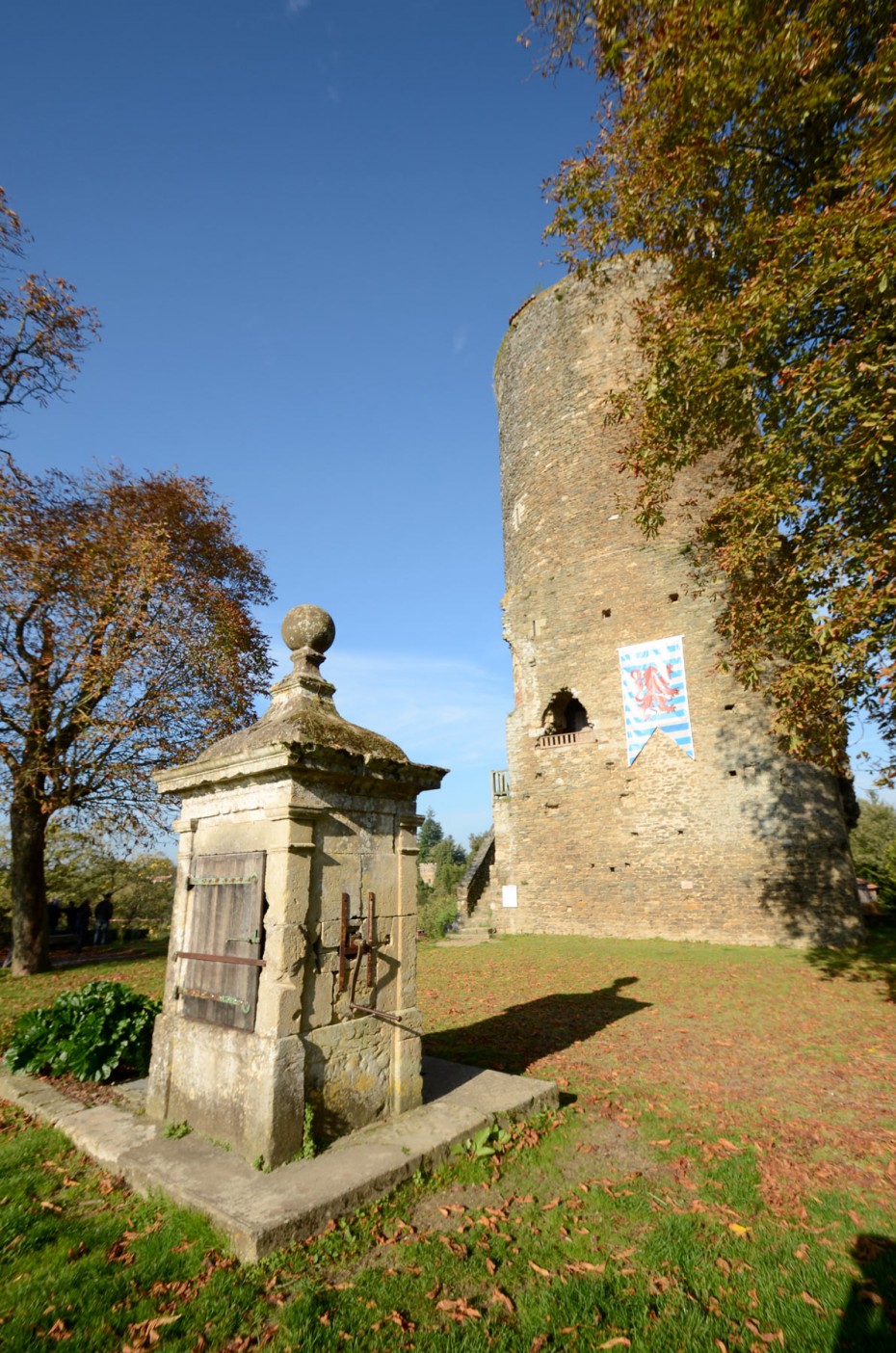 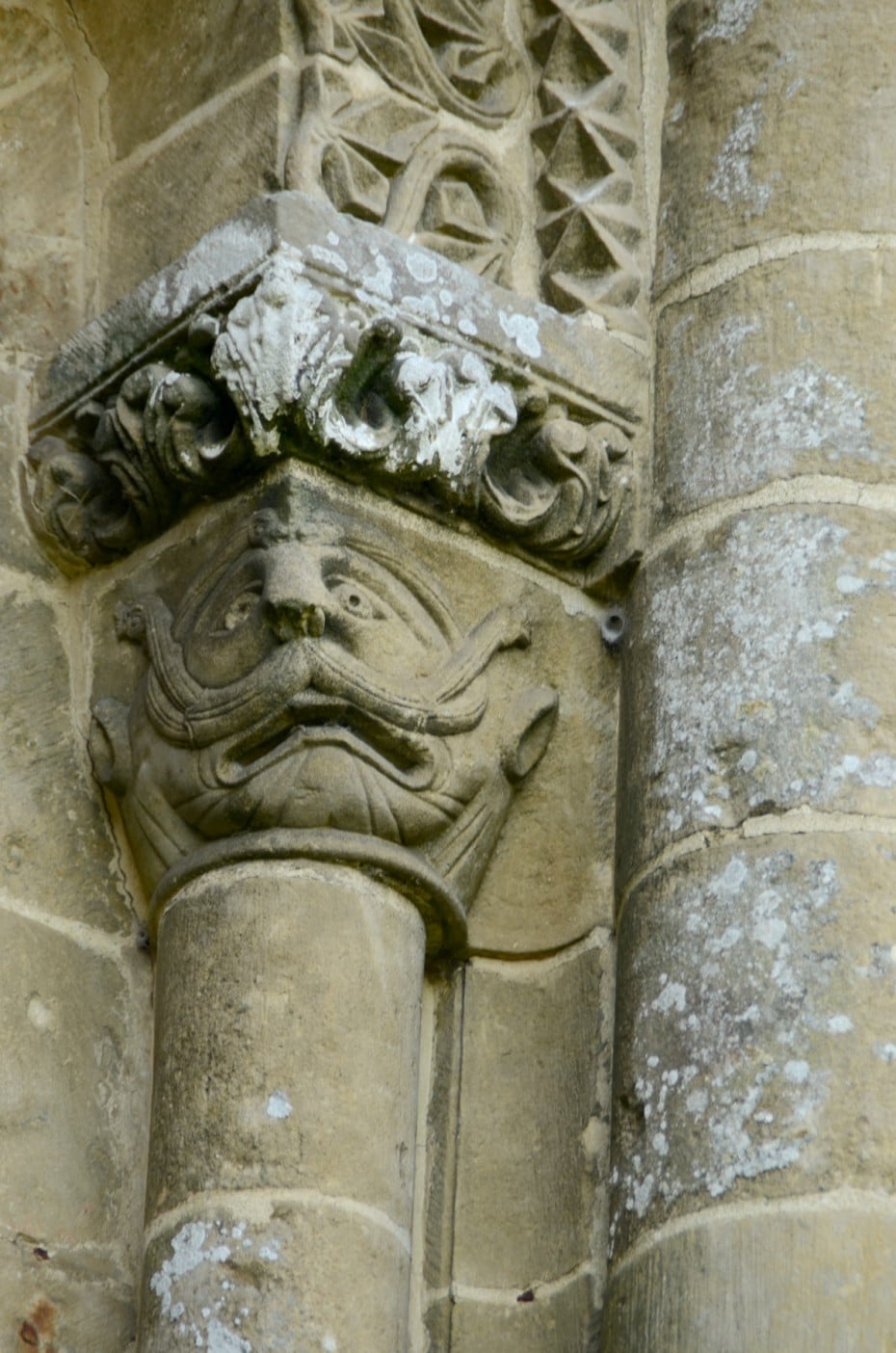 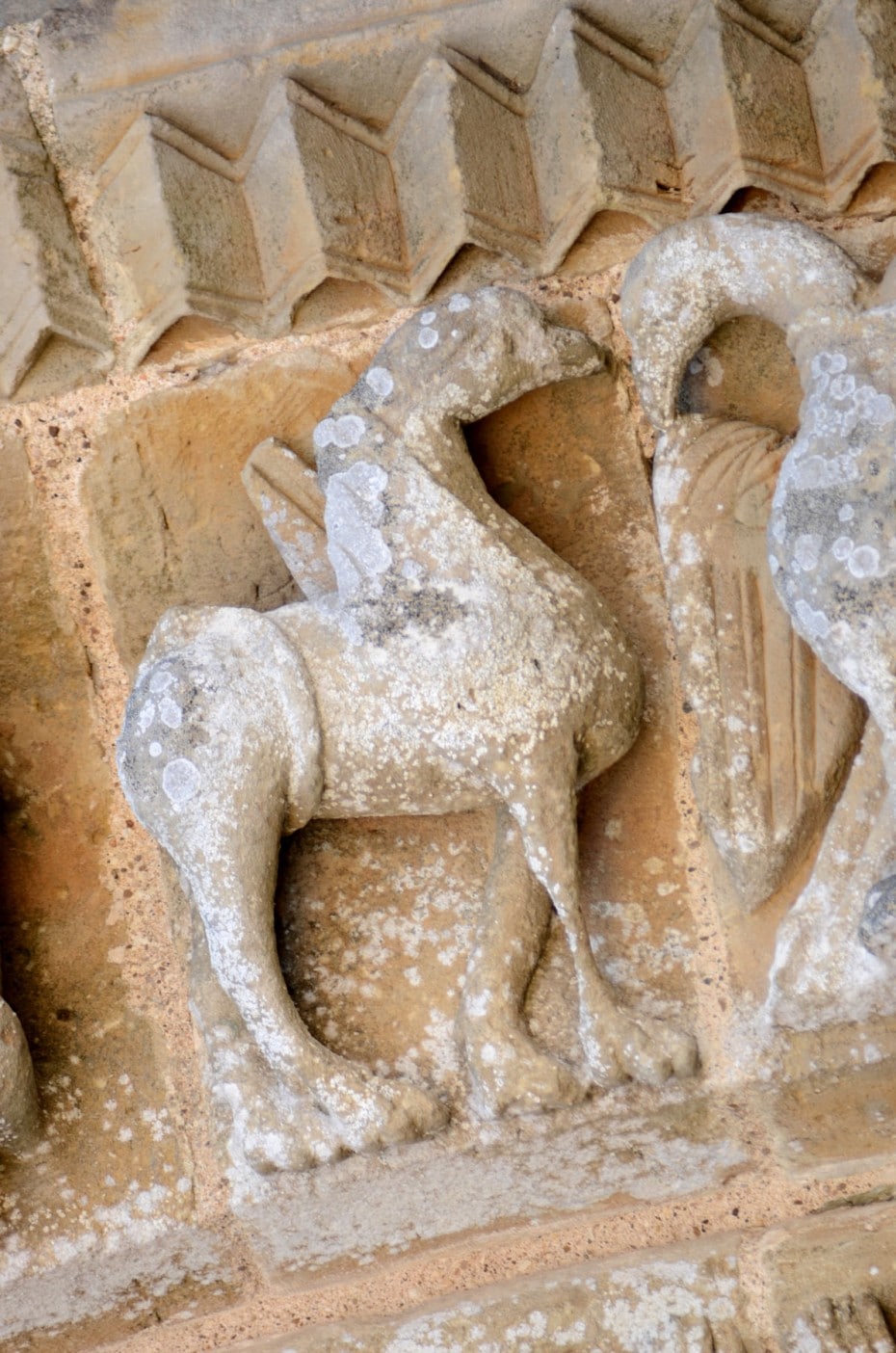 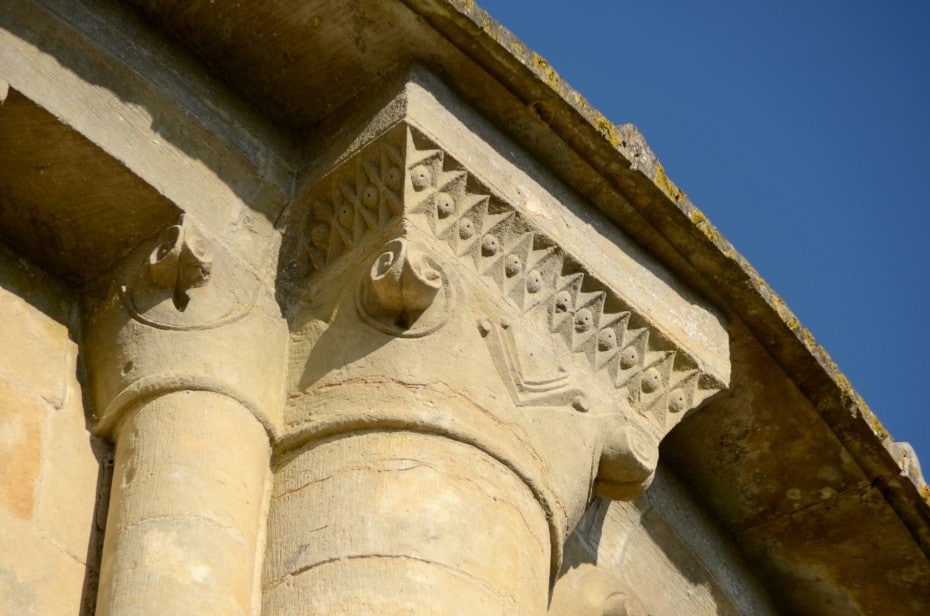 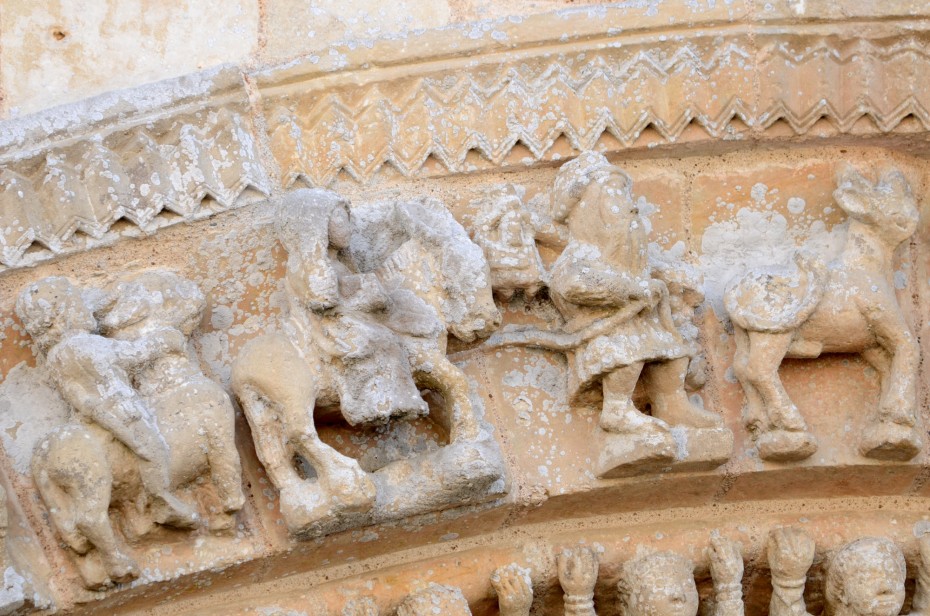 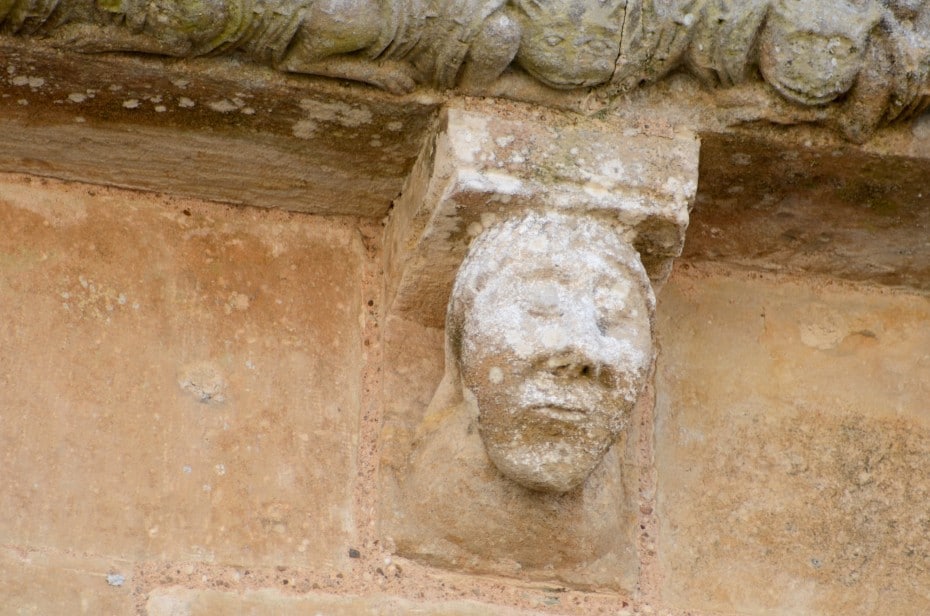 The heart of the village is built on a rocky spur overlooking the river. Its elevated position served quite logically as a foundation to the first medieval castle. Besides the walls, the village has a high concentration of beautiful stone buildings: Logis, wells, high wooden gates, mansions and paved courtyards.

The village was home to a large weaving community in the 16th and 17th centuries. To show the conditions of this time, the commune reconstructed the workplace of a weaver in the cellar of an opulent house. An old loom comes alive as a voice narrates the life of the poor worker, often killing himself on the job and suffering the unfair competition of the nascent engineering industry.

Prices In high season, the cottages are rented by the week of Saturday to Saturday. Outside this period, the day of arrival is at the free choice of our guests. The rental includes services such as beds made on arrival, delivery of bread or the provision of cleaning products, free use of the pool, without forgetting of course our tourist tips to help you spend a perfect holiday in our green Vendée. 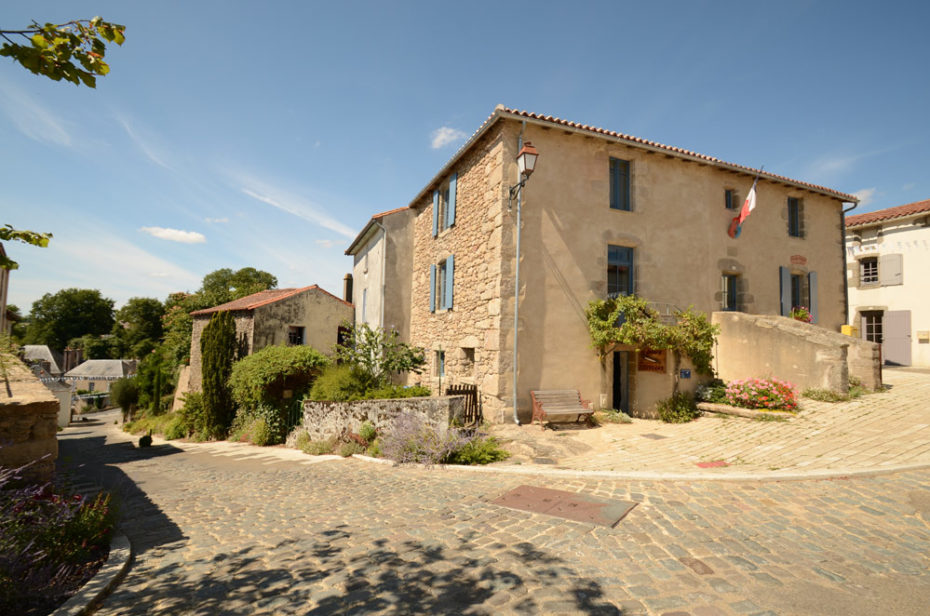 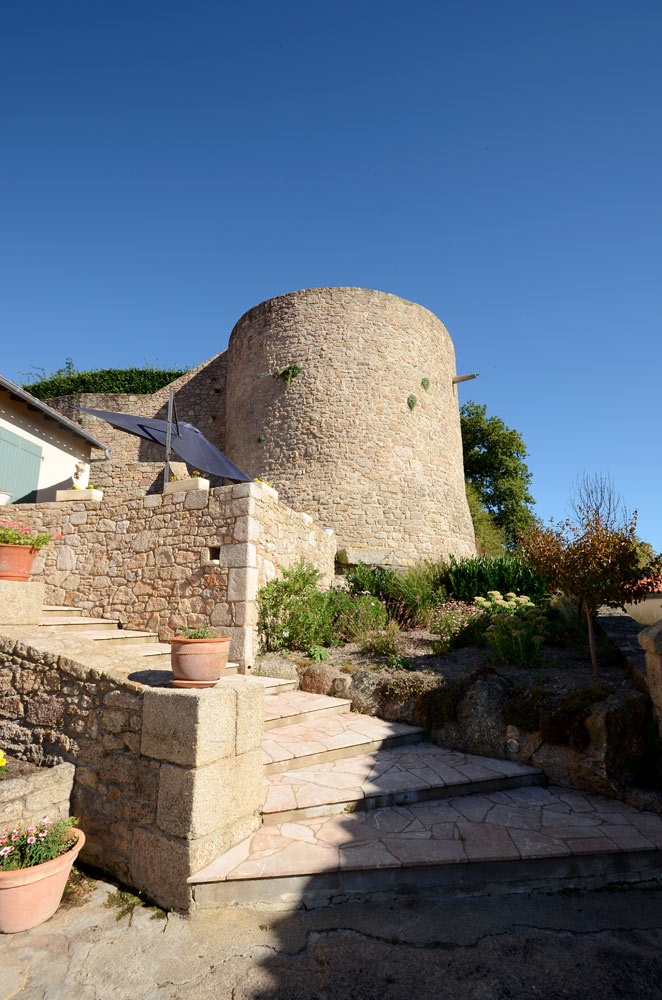 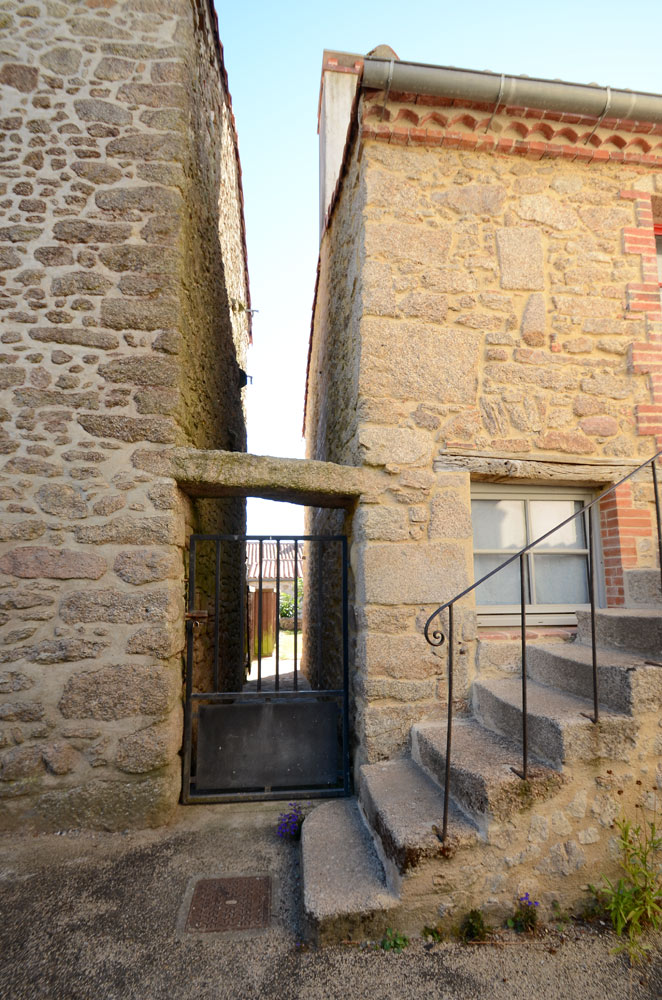 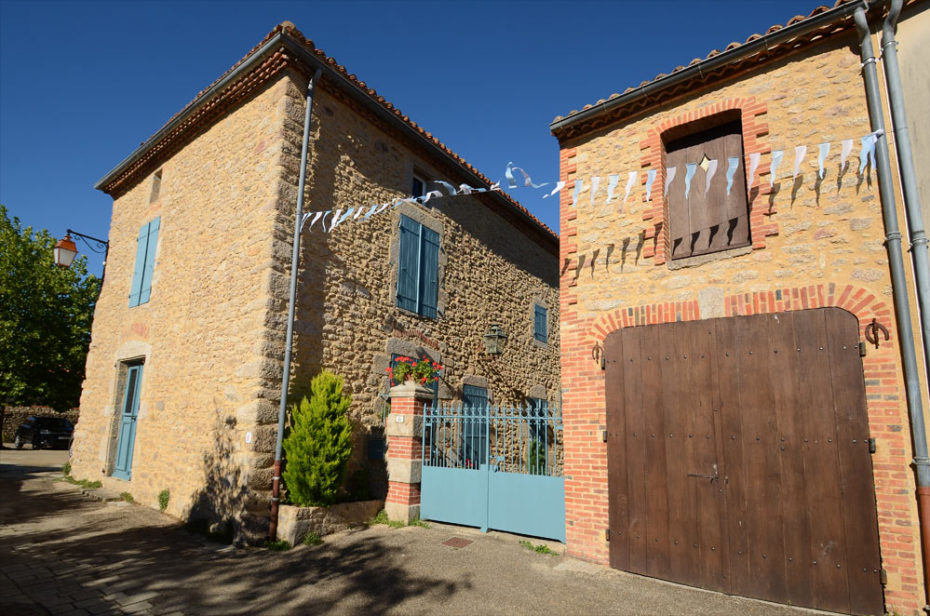 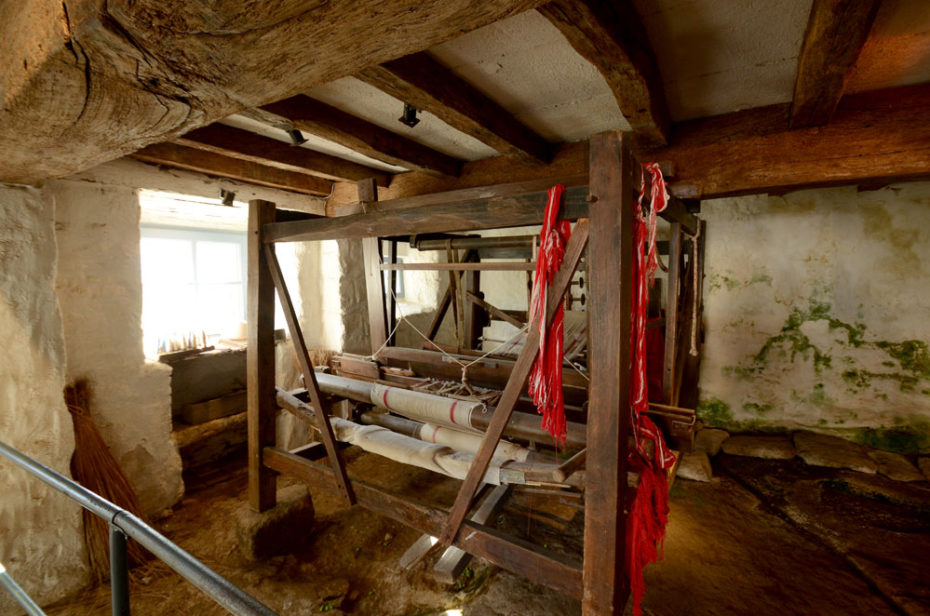 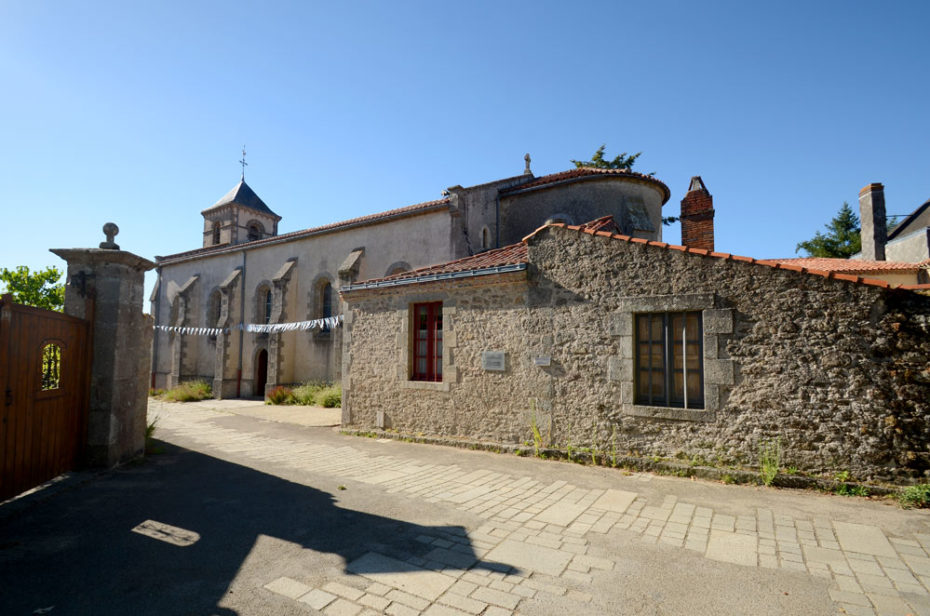 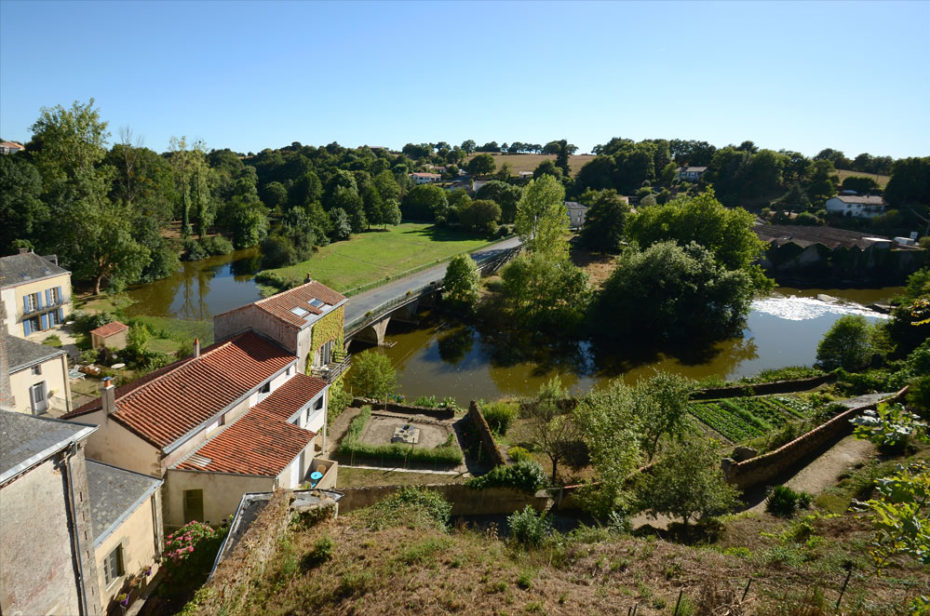 Storytelling is in our genes #VendeeValley